Why Should You Shop in Your Community?

Now more than ever, online shopping is easy, convenient, and quick thanks to retailers like Amazon. Millions of products are able to be shipped to you in a matter of days; from technology and furniture, to cosmetics and food. You can do all your shopping in one place - and stay in your pajamas at home. This transition from brick-and-mortar shopping has been a great convenience but what are the social, environmental, and ethical implications of shopping online only? 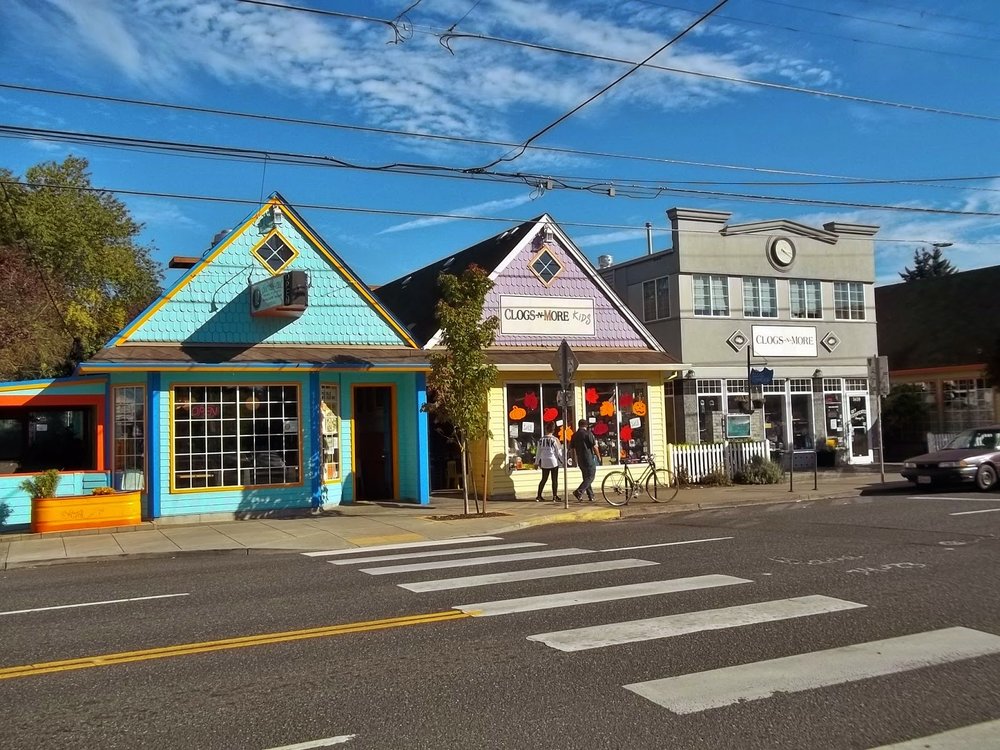 First, let’s start by what is means to shop local. Shopping local means shopping at small, locally-owned businesses in your community. This could be boutiques, coffee shops, vintage stores, and more. This is different from shopping locally which means shopping at any store in your community, for example shopping at a nearby Walmart or Bestbuy. We’re just going to be talking about shopping local, at small businesses. When you buy from local makers and business owners, you’re directly supporting the livelihood of your neighbors and community members. You know that the money you’re spending is going to stay in your community and support those nearby. On the other hand, when you shop at a large retailer, such as Walmart, Target, and others similar, you don’t really know where your money goes, and only a small percentage stays in the community or pays local employees. And even further removed from local economies is the online retail industry.

A few weeks ago I got to attend a Sustainable Fashion Forum event during Portland Textile Month where a panel of a few local small business owners got together to answer questions about fashion and sustainability. One of the answers that really stuck with me was about how we can truly make the fashion industry more sustainable and what that would look like. L.A. Caldwell, owner and creator of Minnie + George, a local handmade leather goods business, talked about how we need to return to buying products from local economies and makers instead of huge conglomerate retailers. Businesses that produce goods on a much smaller scale tend to be sustainable at least by default. Of course, today it would be near impossible for most people to switch to buying only local, but relying mainly on local businesses to buy goods would be an effective change. If less companies, especially fashion brands, weren’t focused on selling in such a huge, global, manner, there would be much less waste and environmental impact. 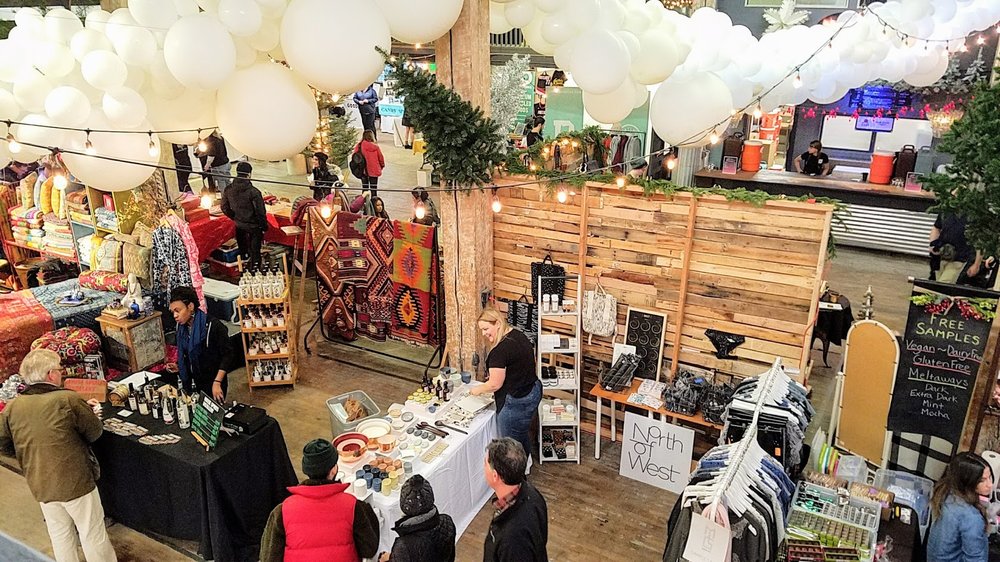 The truth is, it’s very difficult for local businesses to compete with the large ones. Large corporations have a plethora of money and therefore resources; whereas local business don’t have that. A real, and disappointing, example of this is Bleecker street in New York City. In the late 1980’s small businesses began popping up all over Bleecker street, from cupcake shops like Magnolia Bakery, to small boutiques like Arleen Bowman. All the shops were unique, with their own atmosphere and vibe that couldn’t be found anywhere else. In 2000, there was a turning point for Bleecker street - Magnolia Bakery was featured on an episode of Sex and the City. Even though the bakery was just on the show for 30 seconds, it completely changed Bleecker street. Soon after the episode was aired, the bakery was written about in British Vogue, and people flocked to the bakery and Bleecker street as a whole.

Now that Bleecker had a much larger presence and much more foot traffic, more people began to take notice of the value of the street. One of those people was the president of Marc Jacobs, who outbid other businesses to open a shop on Bleecker. This was the tipping point. Once Marc Jacobs opened, other luxury retailers followed suit, such as Ralph Lauren, Cynthia Rowley, Coach, Jimmy Choo, and more. Because there was such a high demand for retail space in this five block area, many landlords converted ground level apartments into retail spaces because they’d be much more profitable with the demand for them at the time.

Everything was pretty great for the upscale brands and proprietors for a while. There was still a lot of foot traffic and celebrities shopping there that heightened Bleecker street’s popularity, plus tourists made it a must-see while they were in town. But that could only last so long. The rentals that used to be around $75 per square foot quickly skyrocketed to $300 by the mid 2000’s. This spike in rent made it impossible for the original small businesses to stay. How could a small business afford to re-sign a lease when the price of rent jumped from $7,000 to $45,000? By the early 2010’s barely any original small businesses remained. But soon, the large luxury retailers couldn’t afford to open shop there either. The many people and tourists who perused the streets were there to take in the atmosphere and possibly spot a celeb - not to buy a $3,000 handbag. Bleecker street had become more of a “vanity location;” a place that wasn’t about sales but more about image. Having a shop in a “vanity location” would have been fine - if it wasn’t for a huge takeoff in online shopping at this time. Because of the increase in online traffic, having “vanity locations” became much less important and luxury retailers gradually stopped renewing their Bleecker street leases. 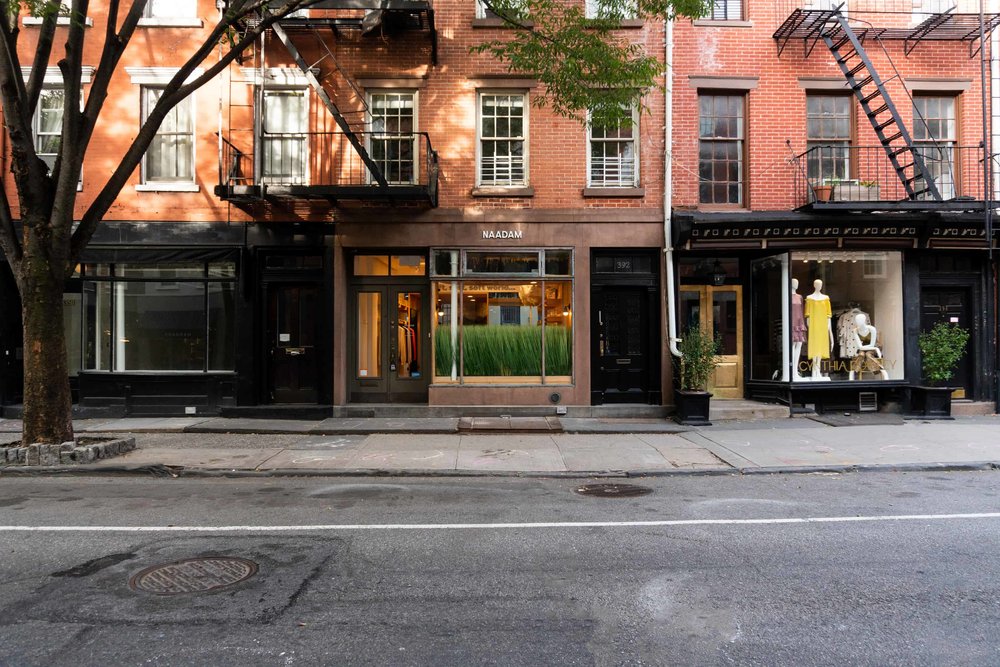 Now, Bleecker street is full of vacancies and empty storefronts as landlords and proprietors are holding out for more companies to pay their sky-high rent. Some foreign brands will open temporary pop-up shops on Bleecker to gain awareness for their brand in the United States, but finding long-term tenants has been a challenge. What was once a street where someone could cross off everything on their shopping list in one trip, is now a half-empty luxury retail street where a bustling local shopping district used to be.

Bleecker street is a sad story of the gradual gentrification of a district that used to support local business owners and makers, and offered the community unique goods and necessary items. But the truth is, there are many other locations all over the USA who have a similar story to tell. Small businesses need strong community support now more than ever, with the rise of retail giant Amazon, and other global retailers. Small businesses just can’t compete on the same level as these huge companies.

But we all know that bigger doesn’t always equal better. The perks of shopping small and local can easily outweigh the convenience of shopping large and online. By shopping small you can interact with and get to know the individuals you’re supporting, plus you know where your good and products are coming from. I couldn’t tell you where the last three things I ordered off Amazon came from, or who benefitted from my purchase. What I hope to impress upon you is that shopping small does real, honest good for your community, and it’s really not that hard, it just requires a bit of thoughtfulness and willingness. It can be as easy as skipping the Starbucks drive-through and opting to head into your local cafe instead, or closing the Nordstrom app and browsing local boutiques. So this holiday season, and any season, think of your buying power and the impact your purchases create.